You have a message. You want to get it heard. That’s all good. (I mean, people have to hear your message to act on it, right? Right.)

Except that’s not enough, is it? Nope. Because after someone hears something, they react to it,  and it’s that reaction that determines what happens next. You can’t get the action you want without the reaction you need.

So what are those right reactions? First, we need to look at all the possible reactions. Here’s how I’ve started to think about it: 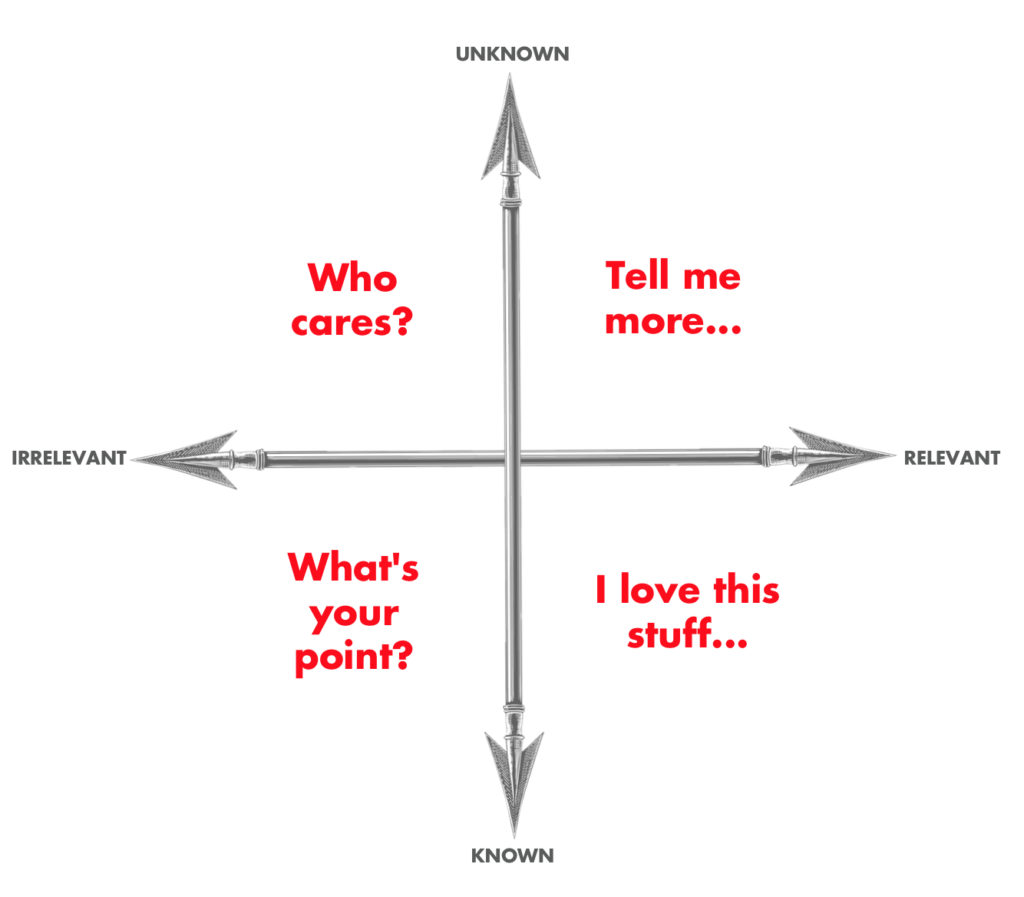 On one axis, you have perceived relevance — how relevant your audience, client, or customer perceives your message to be. In other words, this is how much they care about what you’re talking about.

On the other axis is prior knowledge — how much your audience already knows (or thinks they know) about your message or story.

Put those two together and you get some typical reactions: 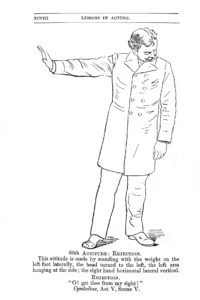 If you’re like most of my clients, your messages are unintentionally falling into one of those first three categories. But don’t despair: the fixes, as you see, are fairly simple. The work we do to get there is also fairly simple (and quick), but it does require holding your messages to a higher standard — one that goes beyond just being heard.

For your message to matter, it has to move people to ask for more. The messages that get people to ask are much more likely to get them to act, too.