Do you remember your first negative performance review? I do. 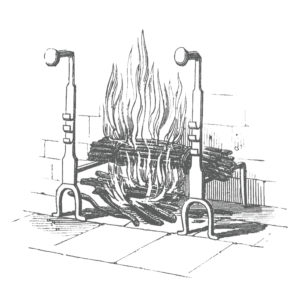 I was hot off a victory at the King’s Grant Elementary School Holiday Door Decorating Contest. Our winning door had a fully functioning fake fireplace, replete with mantle and stockings.

It was, to say the least, a thing of beauty. And it was all my idea! I was so proud.

After the official announcement, my teacher, Mrs. Galantis, came up to me. As she hands me one of those blue satin ribbons, she says, “You’ve got great ideas, and your team wouldn’t have won without you….

“But the problem is, you’re bossy.”

I’ll admit my first response was, “And…?!” I mean, those kids were some serious dead weight.
Thankfully I didn’t say that out loud.

But what stuck with me was, “The problem is….” The problem with you is.

Let’s pause here a moment. What advice would you give 10-year-old Tamsen? Would you tell her, “Don’t listen to that old bag! The world is tough. You’ve got to fight for what you believe in, so it’s good you’re starting now! Keep at it!”

Or would you tell her, “You know she does have a point…. Maybe you should take your cues from others. Maybe blend in a bit more. Work on your tone.”

What could I do? What should I do?

Ten years later, another performance review. This time I’m an intern at a management consulting firm while getting my MBA.

“Tamsen we want to hire you full-time. We love your ideas. We love the communication process you’ve built for us. You’re invaluable.”

Wow! This is going well!…

“But the problem with you is, you’re cheeky.”

But she didn’t mean “cheeky” in the cute and sassy way. It was, as she said, a problem. I left three months later.

“Clients love you. We close 9 out of 10 deals when you’re part of the pitch. You’re an amazing face and voice for the company. But…”

What will it be this time? 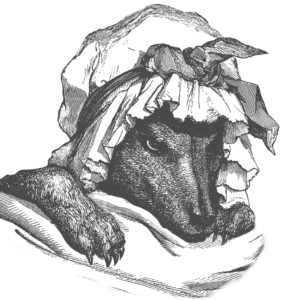 “The problem with you is, you’re a lone wolf. You don’t talk to people about what you’re doing.”

Clearly, the universe was telling me something, but darned if I knew what. First I was bossy and cheeky when I talked to other people. Then I wasn’t talking to other people enough. But was it any wonder?

I fully admit the very obvious fact that the only constant in this series of reviews was me. And if you think I started to get a bit of a complex about this, you’re right.

But here’s something that might surprise you: I was never fired. I never have been. And in fact, in each of the jobs (negative reviews included), I was promoted. Every time I decided to leave those jobs, the companies who said those things to me also fought to keep me.

So was it me? Or, was it them? And with such conflicting information out there, how are any of us supposed to respond to negative reviews and feedback, whether it’s for us personally, or for our product or company?

Because we’ve all gotten it, right? The, “I have a suggestion for you…” The, “You know, you really need to work on…” The, “You’ll never get anywhere unless you…”

Here’s what I’ve learned – and am still learning – through all of this: when people give you feedback, particularly negative feedback, it isn’t about you or them. Not really. Or at least, not completely.

It’s about how they want you to be. This is not to say that there isn’t value in feedback. After all, squeaky wheels squeak for a reason. But you get to decide whether that reason is a problem or not.

And here’s something I’ve realized only recently: those things that people comment on? Those are the things that are noticeable about you. They’re what set you apart. They are part of your “onlyness.”

Thankfully, in that “lone wolf” job, I had a marvelous mentor — Majja. I went to her after that review, and here’s what she said,

When you get feedback like that, don’t spend time thinking about why it’s not true or thinking they don’t have the whole context. Ask yourself ‘Is this what I want them to think about me?’ If it is, carry on. If it isn’t, work to change their experiences with you.

That’s what’s stuck with me most of all. As Majja said to me, you don’t get to choose how someone else interprets you. You only get to choose the experiences you offer.

And that’s true whether you’re a brand or an individual (or both).

(Yeah, Majja was and is pretty awesome.)

So pay attention to the patterns of what you hear, but more importantly, pay attention to who’s saying it to you… and whether or not you care. Because the people who think it’s a problem, well, maybe they’re just not your people.

Your people want you. They want what sets you apart.

Bossy, cheeky, lone wolf and all.