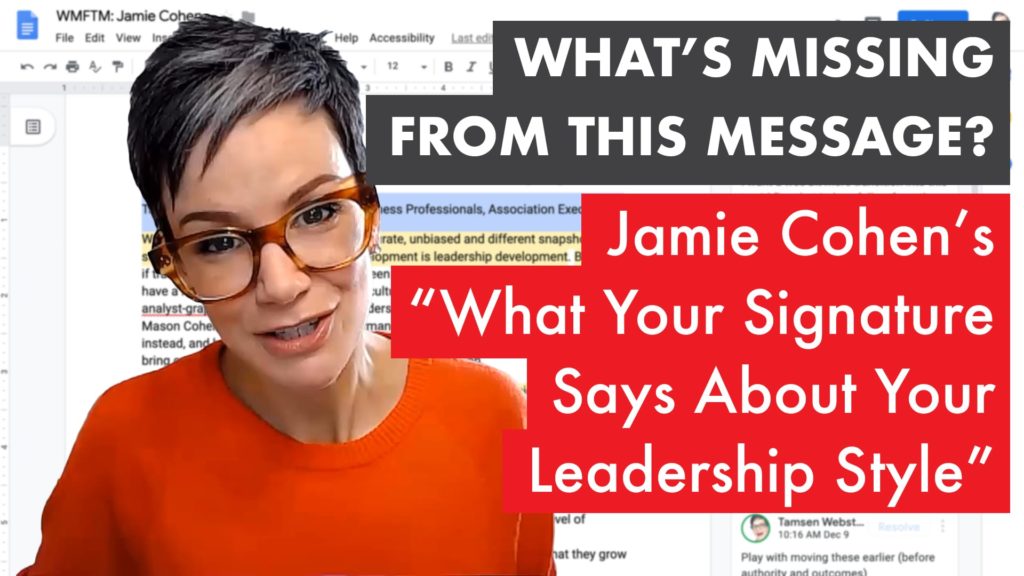 See, more often than not, when you’re talking and writing about your ideas, it’s common to use an order that flows something like this:

You do that because you’re an expert in your idea, you already know it’s the right answer. Since you “know” it’s right, you then go on to explain why it’s right to your audience.

Except that’s not how people’s brains work. For people to understand your idea, they have to connect new ideas to something they already know.

And they don’t know your idea already.

What do they know? They know what they know and care about right now. So start there, instead:

There’s a name for this technique: the Known-New Contract, and it’s a staple of rhetoric and clear writing (and speaking), in general. What the “contract” says is this: when explaining your ideas, start with what’s “known” to the audience before introducing something “new.” Once you’ve introduced the “new” information, it becomes “known,” and you can add more “new” information from there.

You can see that reordering at work as I talk about Jamie Cohen’s keynote description this week. With a couple of uses of the Known-New Contract, he can switch from a writer-centric order to an audience-centric one. With the audience at the center, he can make his description even more powerful than it already is.

Now it’s your turn: go back and look at a message you’ve written recently. Is “audience-centric order” missing from your message? If so, how can you apply the “Known-New Contract” to make it stronger?

When explaining your ideas, start with what's 'known' to the audience before introducing something 'new.' Click To Tweet

What’s the real power of reordering concepts in a message? Well, sometimes it can be the key to making sure you’re making the case that you want to make. That’s what we’re talking about on this episode of “What’s Missing From This Message?” I’m Tamsen Webster, and we’re talking this week about Jamie Cohen’s keynote description, “What Your Signature Says About Your Leadership Style.”

Here we are with Jamie’s description, “What Your Signature Says About Your Leadership Style.” One thing that I really like about what Jamie does first off here is that he uses a target audience of leaders, managers, business professionals, and association executives. Now, one thing I think that can make this even stronger is to actually add in an extra little piece of what those people might be looking for, what they want, or what they’re struggling with right now. So, “Leaders, managers, business professionals, association executives who are looking for a highly interactive keynote that will help their team accomplish X, Y, or Z.” Remember, everything you write is an opportunity to add to your message, so take advantage any time you can.

But there’s one other thing, and I think just by reordering things a little bit, we could make this even stronger than it already is, and that’s by starting with what we know that group of folks is looking for, right? We know that they’re looking for leadership development. They’re looking to make better leaders so that the organizations can function even better than they do right now, and many times we can agree that personal development is key to that. It’s so helpful when you’re doing that to get an accurate, unbiased, and different snapshot of our strengths to help us grow.

What he’s got right now, which is good, is that he’s got a kind of this inside out piece where it starts with his perspective, it kind of stays with his perspective, and then it finally then goes to his audience’s perspective. What I’m suggesting he does is flip that, so start with what the audience wants, which is leadership development, then go into personal development, and then introduce this idea of an accurate, unbiased, different snapshot of our strengths. Because doing that sets up a really good contrast with what he puts next. What he says next is that, “What if traditional performance reviews have shown to be demeaning to employees and have a negative effect on organizational culture?”

Now, one thing I’d point out here is I think the, “But what if?” isn’t quite the right transition there if, in fact, this is research. If this is actual research supporting this, then it’s not a, “What if?” It’s a, “Hey, it turns out …” Or, “But did you know?” Kind of thing. I think we could again improve the flow just a little bit more by inserting something right in front of it, because if we’ve just talked about how a snapshot can help us get personal development that helps us get leadership development, the natural inclination is to say, “Well, but don’t performance reviews do that?” And you could say something like, “Well, traditionally we looked at performance reviews to achieve that and give us that snapshot, but it turns out that performance reviews have actually shown to be demeaning to employees and have a negative effect on organizational culture.”

That allows you to set up a natural question of, “But what’s the answer instead? Well, then join 20 plus year handwriting analyst, graphotherapist Jamie, as he explores why performance reviews don’t work, what we need to do instead, and how to use a simple, unconventional and effective self-assessment tools to bring out the potential in every individual in your organization.”

The one thing I think that could make that even stronger in addition to that little lead in that I suggested is to give them some indication of the answer. “In fact, there’s something that you do every day that can give you exactly that snapshot, and it’s as simple as writing your name.” Something like that. You don’t even have to give them the signature piece, but you’ve kind of told them that in the title, so it’s not exactly surprising them.

Then the last piece that we’ve got here, these two pieces are really powerful, but they feel disconnected from the prose earlier. I love how he’s talking about what audiences will leave feeling, and what they’ll experience, and something that’s new, and something different, because it’s different what they’ve seen before. I really like what I know is one of Jamie’s signature phrases, “Your traits, your story, let’s write the next chapter.” I think for instance that, “Your traits, your story,” is an opportunity to put it back right up into the paragraph itself. For instance, if we’re talking about, “has a negative effect on organizational culture,” but there’s another example. There’s another way we could do that, and it’s something that you do every day. “Join Jamie as he does X, Y, and Z, and shows you this, because after all, your traits, your story, let’s write the next chapter.” I still want something that gets the traits in there, because I haven’t heard yet that the signature carries the traits, so I just want that.

Again, this is another example of reordering where, how could Jamie really think through moving some of these concepts up into the main piece, in case people don’t skip to the bottom, which they often don’t. Now, he’s got some great takeaways here. “Audiences will learn how to identify your strengths, real-world business strategies to deploy,” real strong props here to Jamie for making sure that he is using active words that aren’t just “understand.” And the last piece is, “He’s giving people an incredible gift in this one-on-one analysis and therapy sessions that are happening with Alyson Schafer as well.” Just the sentence structure is a little awkward here, so that’s a kind of grammatical reordering that I think would make this much stronger.

That’s Jamie Cohen’s “What’s Missing From This Message?” his keynote description, and thanks so much for sending it to me. You can send yours to redthreadme@tamsonwebster.com, and if you like this, make sure to subscribe.