To create change, you have to build your audience’s case for it.

In the Le Cordon Rouge Mastermind, that’s exactly what you’ll learn to do.

For over 20 years, I’ve helped people and organizations build big ideas — big ideas like yours.

And in building those big ideas, I’ve learned a thing or two about how the biggest ideas change how people see, and what they do as a result.

It’s this fundamental truth that led me to develop The Red Thread®, a step by step system to connect the answer your idea represents to the questions, the goals, of the people who need to act on it.

The magic? When you find that connection, you also find the key to turning your idea into something they can’t unhear. Something that changes the way they see their world… and yours.

Why “Le Cordon Rouge?” Well, just like the fancy French culinary-based institute Le Cordon Bleu has a distinctive teaching methodology to teach the art of French cooking, Le Cordon Rouge is designed to teach you the fundamental tools and techniques of the Red Thread. (Plus, it’s fancier...and French-ier — “le cordon rouge” roughly translates to “the red thread” — and that’s just fun.)

Join me as a member of the Le Cordon Rouge mastermind program and learn how to do that for your big ideas.

The words you use are the key to big impact.

Is this mastermind for you?

To answer that question, let’s put that into a Red Thread:

Your Goal: How can I make my idea — or my organization's product, service, or expertise — have the impact I want it to have?
The Problem: There’s a big difference between what you want to say about your idea and what people need to hear before they act.
Truth: Ideas aren’t found, they’re built — both in their head and yours.
Change: Rebuild your — or someone else’s’ — idea in the minds of your audience.
Action: Apply to learn how to do just that as part of the Le Cordon Rouge mastermind, three sessions of intensive, guided coaching with a select group of peers — idea builders and idea translators just like you.

How would you use Le Cordon Rouge?

"We must learn to be equally good at what is short and sharp and what is long and tough."

I’ve tested the approach you'll learn with hundreds of ideas and hundreds of clients, including the most skeptical and story-phobic. (I’m looking at you, scientists and engineers!) I’ve taught it to thousands more.

People have used the Red Thread method to build communications as varied as these:

The results? My clients (and others) have used the Red Thread to raise millions of dollars for their research or for their start-ups or other organizations. Dozens of companies have used it to frame the basis of their internal and market positioning.

It’s also provided the starting outline for multiple books, including bestsellers, and for hundreds of presentations that range from internal update meetings to keynotes and TED and TEDx talks (10 million-plus YouTube views and counting).

So, yes, it helps you get the impact you envision for your idea.

For years I've offered one-on-one consulting sessions. That’s because I love nothing more than to find what shines in the ideas of people and organizations — and help make those ideas shine even more. That work almost exclusively revolves around translating expertise — your own, or someone else’s — to lay the foundation needed to change those ideas into action.

Whether you are translating your own expertise, or you’re in a position where you are frequently doing that for others, those consulting sessions are the core of my work with people just like you. But there’s only so much ground you can cover when you’re focused on a single outcome or deliverable. And when you’re working on one or two core ideas, it’s easy to lose sight of how you can apply that methodology to every situation you may encounter translating ideas.

That’s why I’ve created this opportunity to work with me and a small group of fellow experts and translators like you to learn how to recognize and understand the core components of the Red Thread System. The result? You’ll leave with the fundamental skills to reliably and repeatedly follow the same process no matter what idea you are building or translating.

For the very first time, Le Cordon Rouge will take place in person over one-and-a-half days in Boston, MA. The program will be limited to 6 hand-picked participants — admission is by application only.

Over a course of our two days together we’ll walk through each element of the Red Thread and how to not only discover it for yourself but for others as well.

Each session will be built around learning and applying the core components of the Red Thread process.

The best results come from consistency and accountability, and we’ll be there every step of the way. Tamsen will provide direct feedback throughout the mastermind, and you'll have the added benefit of watching your peers work through their Red Threads (and their feedback too!) to help deepen your understanding and enhance your work.

Are you a fit?

Who is this for?

"A good story cannot be devised; it has to be distilled."

This program is ideal for founders, authors, speakers, content creators, and message builders that serve ideas bigger than themselves.

Part of an agency, development, or communications group, and need to translate the big ideas of others for your content, marketing, and sales materials? We want you, too!

Are you ready to be a member of Le Cordon Rouge? You’ll be successful if you have:

Le Cordon Rouge is not for you if you:

If Le Cordon Rouge isn’t the right fit, fear not!

Let's find a time where we can figure out what is

INVESTMENT IN YOUR IDEA

“Words are only the outer clothing of ideas.”

That's over $3,500 less than the cost of working with me one-on-one, with the added benefit of the feedback and support of your fellow mastermind members.

And the best part? If you choose, you’ll already have the building blocks you need to be a part of the Red Thread Professional Accreditation program in October.

What’s that? An exclusive program designed to teach the entire Red Thread process using real examples from your work. You’ll leave the program trained and certified to use the Red Thread Method to consistently articulate ideas — and why they’re important — with your own company, clients, and customers. It's only open to those who have been in a Mastermind or worked with me 1:1 as a client, and this will be the last opportunity to join an accreditation class this year.

Ready to join us? Click below, and you'll head straight to our application form for the July 2022 cohort, and we'll ask you a few quick questions about your big idea and why you want to be a part of Le Cordon Rouge! Questions? Email us, and we'll be happy to answer them! 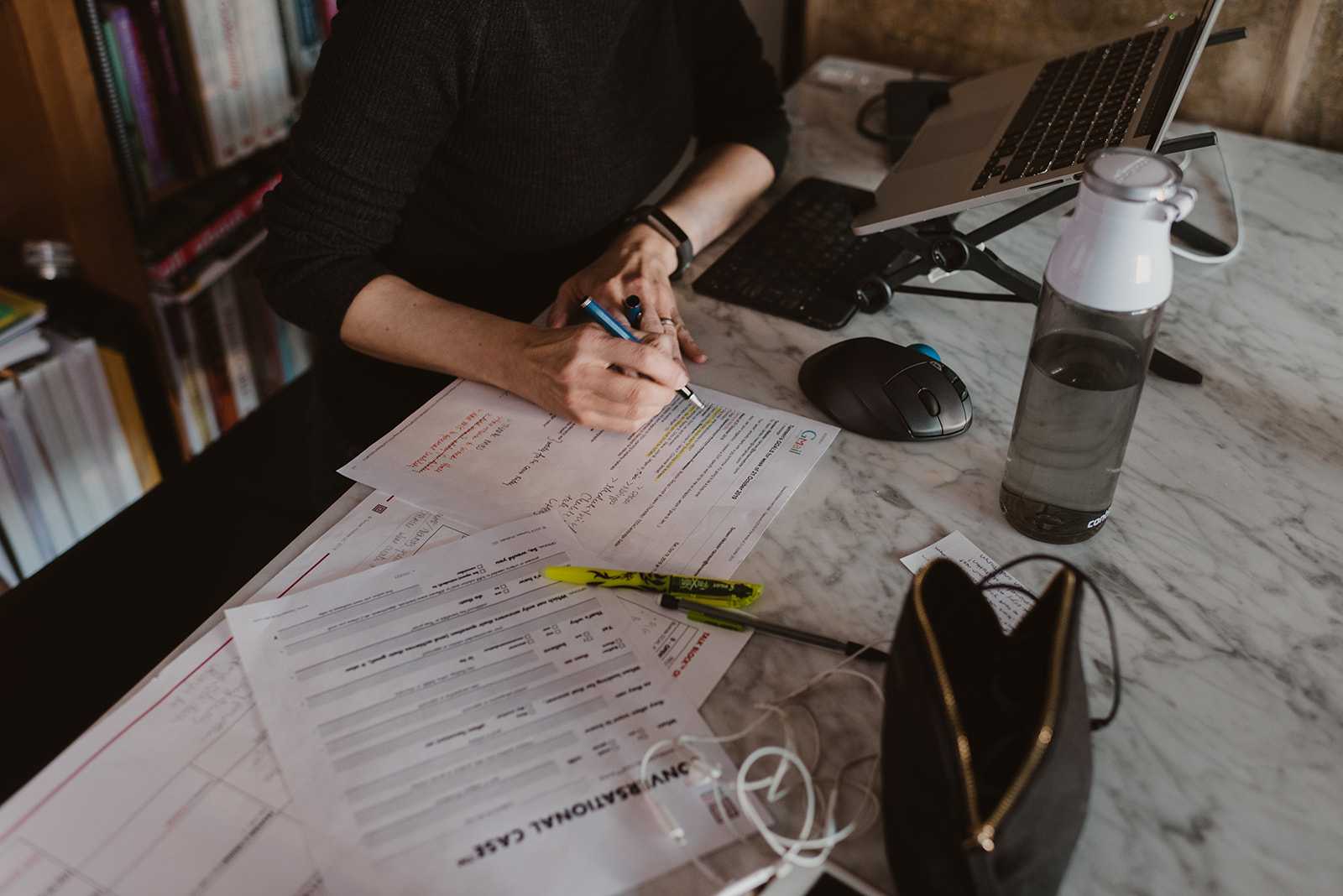 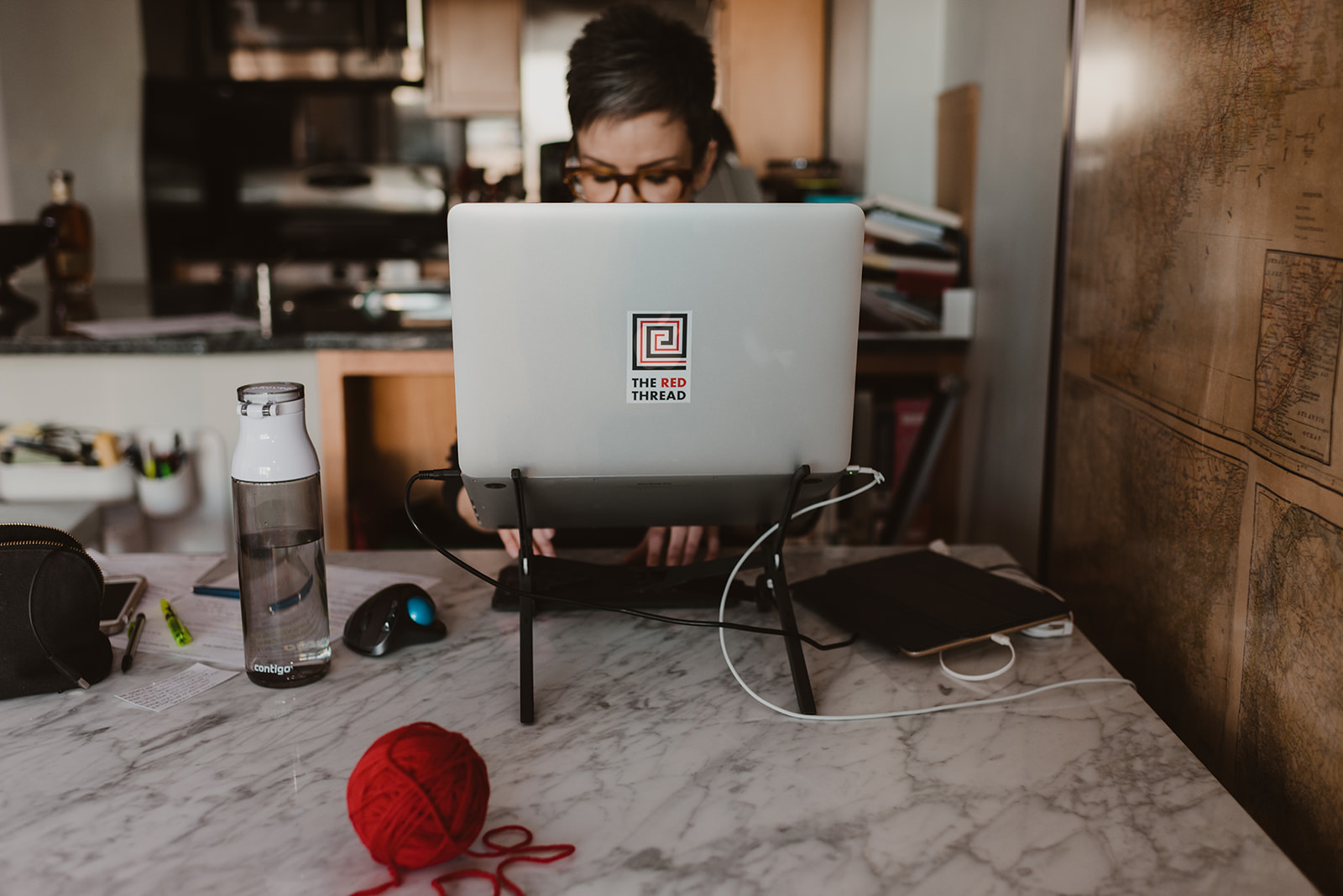 I expected to gain clarity in my messaging and how the message should be delivered. I got more than I imagined possible from the process. I got an entire new understanding of my own material and how to present it to ANYONE.

Tamsen's Red Thread method not only helps you crystalize and communicate your big idea — it helps you uncover your even bigger ideas.

I had a professional identity crisis where I couldn't advance at the rate that I wanted to advance until I knew what the heck it was I was doing. After working with Tamsen, I feel like my identity crisis is gone. I came away knowing exactly who I am as a professional. We took all of the pieces of what I do, combined them together, and distilled out the parts that made the most sense and put them in an order that would not just placate me and my need for an identity, but actually help people understand what I do.

I went into the experience really not knowing what my idea was or whether I even had an idea...but I left the experience feeling like I do a have an idea that I can build a body of work around, and now my job is to begin building that body of work.

My expectation of Le Cordon Rouge was the experience would be organized, thoughtful, powerful and fulfilling — all of which were true — with the added bonus of some sessions where Tamsen allowed the spontaneous needs of the members to direct the flow and was able to share even more value that was of-the-moment relevant. The Red Thread process is a step by step guide to not only galvanize your idea but to also create a succinct and smart way to share it with the world.

I was concerned that I would not receive the value and answers to my long time struggle with my messaging . Not only did Tamsen quickly meet my expectations, but she changed my entire outlook to my business for the better. I've never been more excited to accelerate in the fast lane!

Yes, I would recommend the mastermind, and I have — multiple times! Tamsen is brilliant, the presentations were engaging, the group was fun, and red thread is transformational.

Le Cordon Rouge is a perfect fit for thought leaders who want clear, effective messaging. The intimate group format leads to collaboration and the open sharing of ideas. I highly recommend it!

I feel very confident and have a much clearer understanding of my own message- where it came from, why it's relevant, how I can deliver it so I can get 1,000 yes's and what my call to action is.