If you could choose to be anyone, who would you choose?

I chose “the Dread Pirate Roberts.”

Perhaps I should explain.

The Princess Bride is and has always been one of my favorite movies (and books), and the Dread Pirate Roberts is one of the main characters. He kidnaps the heroine, Princess Buttercup, after killing Westley, Buttercup’s “farm boy” and true love.

Eventually we discover — spoiler alert — that the Dread Pirate Roberts is Westley (who is obviously not dead), hijinks ensue, and everyone lives happily ever after.

Which brings me to a few months ago, and an amazing one-man show in New York City called “In & Of Itself.” It was the brainchild of illusionist Derek Delgaudio and Frank Oz (yes, THAT Frank Oz), and explored questions of identity framed through six (often mind-blowing) effects. It was a “magic show,” sure, but it blew apart most people’s preconceived notions of what a “magic show” actually is and what it could be — yet another question of identity. 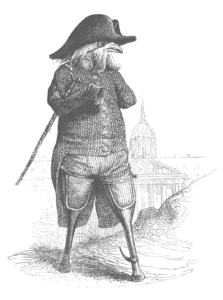 But the Dread Pirate Roberts part came right at the beginning. There, on a wall as the audience entered, were 690 white cards hanging on 690 metal hooks. They were business-card-sized, and each had “I AM” printed on the top half. On the bottom half, below a perforation, were 690 different answers to that implied question, “Who are you?”

Some focused on jobs (a Baker, an Actor, and FBI Agent). Some focused on roles (a Parent, a Coach, a Wrangler). Some focused on qualities (a Dreamer, a Trend-Seeker, a Visionary). Some — most! — were open to interpretation (a Diplomat, a Traveler, a Memento). Some were tongue-in-cheek… I hope… (a Musketeer, a Gold Digger, a Hit Man).

You could choose anything.
I chose the Dread Pirate Roberts.

I know some people may have picked up that same card because of its associations with the dark web operator and drug trafficker who went by that pseudonym, but I grabbed the card at first because I was charmed by it. The movie is one of my favorites, after all, and to see an unexpected reference to it there caught me by delighted surprise.

When Tom (my husband) asked me why I kept that one, though, I had to think. Why did I keep that one? I’m not a pirate. Or male. And yet some part of me said, “this is me.”

In my mind, in that moment, they were (and are) one and the same.

So often we try to figure out who we really are. And we’re all a combination of things, to be sure. But the genius of that wall of 690 cards was that it made everyone answer that question with ONE thing.

When you have to choose, something always wins.

Why does that matter? Because the key to figuring out who (or what) you really are lies in finding the threads between “I am” and “I want.” It’s not about finding what you need to get you there, it’s finding what you have that got you here.

Which means: You’re not at the start of that journey. You’re in the middle of it. You have everything you need — where you go is up to you.

So if you could choose to be anyone, who would you choose? Who (or what) are you choosing to be?