For years, Content Marketing World—the world’s largest content marketing conference—was the one conference I couldn’t get on the schedule for. Tom, my husband, went year after year and was loved and adored (as he should be).

Five years ago, I peevishly asked him, “Why don’t people love me on stage as much as you? Why don’t they ask ME to be up there, too?” Back then, it was a complaint, but I don’t think it was too long before it became a true goal.

I wanted to be up there, too. 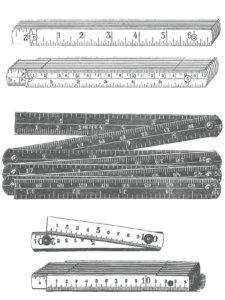 Thanks to the amazing Ann Handley, who made the introduction to Joe Pulizzi and team three years ago, I finally made my CMWorld debut in 2016. I had a “lunch and learn” spot, and I was determined to make the most of it. I tried. I think I succeeded. (I still get inbound inquiries from that talk and the handout I gave.)

It was after that year I learned that the highest scoring speaker is given a keynote spot the next year. Ever since I found that out, my sights have been set on it. The last three keynotes “won” from speaker ratings that way have been men. They deserved it (I know and love all three of them).

I’ve worked my “peach” off the last three years (to quote Ann Handley) to get to the point that I was satisfied with who and what I delivered on stage. I tried a lot of stuff on. I discarded most of it. My TED-style talk last year at CMWorld happened in the midst of that trying and discarding. It was good. Not great. I’m glad they asked me back. 😉

Since then, I’ve come to believe that a lot of what has historically been considered “great,” from a speaker or keynote point of view, has been established by men. That’s not a judgment, nor a condemnation. Simply an observation that because so many of the foundational Great Keynote Speakers have been men, they set (as my client Linda Smith would call it) the “playbook” for what Great Keynote Speakers are.

I’ve had the pleasure, however, of working with so many speakers (men and women alike) that don’t fit that mold… and yet are still incredibly great speakers. They don’t just inform their audiences, they transform them. (And isn’t that what a Great Keynote Speaker really should be about?)

A new playbook (for me, if not for others) would mean, of course, breaking some of the “rules” of Great Keynotes. And I did. I made mine way more interactive. I let my inner (okay, not so inner) dork come out. I stopped wearing heels and started wearing my glasses on stage (these two may sound strange, but you’d be surprised about the amount of advice out there about what women “should” wear—or not—as a speaker).

My talks were always smart, I think. When I started down the Red Thread path two-plus years ago, it was because I wanted to make my talks interesting, too (both intellectually and emotionally). I was also very earnest.

And let me tell you: “earnest” is not exactly a winning stage persona.

But even though I’d like to see myself as what was showing up onstage (smart, interesting), there was a piece that wasn’t showing up: It wasn’t fun, even though I think I am.

I wasn’t having fun, so neither was my audience.

So this year? With the encouragement of my amazing friend, coach, and mentor Nick Morgan, I decided to do what worked for me for 13 years as a Weight Watchers leader. There, my mantra was, “Check your dignity at the door.” Stop worrying so much about ME, and serve THEM.

I decided I wanted to have fun. To BE fun. Not fun-NY. FUN. I decided to play. I decided to give voice to the in-the-moment observations that are so much a part of who I am off-stage. I decided to talk the audience. REALLY talk to them. (Judson Laipply was amazing in helping me start to see how I could really do that.)

And wearing sneakers onstage? Yes, it started because I injured my foot, but they let me really move around. To walk. To jump. To do the things I’m inspired to do. To have fun.

And my glasses? They have the unexpected bonus of making it very clear to people in the back row where my face is. They give people something to look at (and help me see THEM even better). And also? THEY’RE SO FUN. (If you haven’t seen them, they’re what Harry Carey might have worn if he were, well, me.)

And wouldn’t you know it? This year (so far) has been my best year for speaking yet. Maybe not in bookings, but in what I hear from audiences. This year is the first time I’ve been (regularly) called funny, something I know I am offstage, but somehow never made it onstage. It’s also the first time I’ve been called inspirational (though that’s never been my intention, either). Cathy McPhillips, one of the organizers of Content Marketing World, was even kind enough to suggest I do a video series to help other CMWorld speakers prepare.

The night of my talk, Tom and I talked about it. From his point of view, everything changed for me as a speaker as soon as I stopped using other people as my yardstick. As soon as I set for myself what I wanted to be and do onstage. For me. Not for anything or anyone else.

Which brings me back to Content Marketing World. The talk I gave there felt great. So great, in fact, that I don’t even care whether or not I reached the vaunted “highest score.” I know it wasn’t perfect, but I do I know I gave everything to the people I’m for. Those in the audience who are driven by ideas larger themselves and who want—need—to tell the story of that idea to the people THEY serve.

I was me. I dropped the “other people” yardstick and used my own. I started by wanting to be the highest rated speaker (by others) and left absolutely delighted that I reached my own standards of “great,” whatever that really means.

I’m so thankful for the opportunity to do what I do. For those who have supported me and helped me get where I am (looking at you, Neen). Who were patient as I tried, and failed, a lot (Michael and Amy). Who patiently answered questions, gave feedback (Andrew). Who lifted me back up when I was down (Joey, Clay). Thank you.

I still I have a long way to go. And my new goal is to continue to rewrite the playbook, and to help others do the same.

There’s no one right way. There’s only the way that works for you and those you serve.

I think I’ve finally started to find mine.

There's no one right way. There's only the way that works for *you* and those you serve. Click To Tweet